At the recent Annual General Meeting of the Foundation Lieutenant G 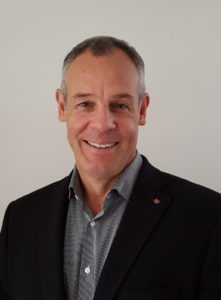 eneral (retd) Mike Day was elected as a Trustee and subsequently installed as President replacing Lieutenant General (retd) Kent Foster.  Mike was joined by the following other new or re-elected trustees:

LGen (retd) Mike Day was born in Windsor Nova Scotia and grew up in Ontario, Quebec and Birkenhead England prior to joining the Canadian Forces in 1983. Initially trained as an Infantry Officer he joined his Regiment, the Princess Patricia’s Canadian Light Infantry and he has commanded at every level and rank, in a variety of units, and deployments around the world.
He has enjoyed the privilege of serving and commanding within his Regiment including Commanding 2PPCLI during its final years in Winnipeg and commanding the unit on deployed operations in Bosnia. , Additionally his field and command experience has included time as an Operator within Canada’s Counter Terrorist and Special Forces community commanding both Joint Task Force Two ( JTF 2), Canada’s Special Operations Forces Command as well as a variety of other command assignments.
With the majority of his time spent in Command he has also served in a variety of Senior Staff appointments including employment as the Canadian Armed Forces senior Military Officer in the Defence Policy Group, and the Chief Strategic Planner for the future of the Canadian Armed Forces where he also oversaw the development of the Department of National Defence’s Space and Cyber Programs.
LGen Day has deployed operationally to Africa, the Balkans (3 times), the Middle East, and Afghanistan (twice). Additionally, he has lived in Naples Italy where he was responsible for the preparation, training and oversight of NATO’s Response Force.
He has a degree in Political Studies (with distinction) from the University of Manitoba and a Masters of Arts in War Studies, from the Royal Military College of Canada, where he focussed on International Relations and Special Operations.
He has been inducted into the Order of Military Merit at both the Officer and subsequently Commander Grades, has received the Canadian Meritorious Service Cross for his service in Afghanistan as well as receiving various international awards such as the US Legion of Merit, US Special Operations Command Medal and the Polish Silver Medal.
LGen Day is married and has two sons both currently serving in the Canadian Military. He retired from the Military in September 2015 and currently serves on a number of corporate boards as well as advising a number of companies, he is a Fellow of the Canadian Global Affairs Institute and in May 2017 assumed the Presidency of the PPCLI Foundation, a charitable organization that is focussed on the Regiment’s commitment to supporting those who have served. He is currently waiting for the inevitable call from the PGA to play on tour.

View all posts by: France Bourgeois