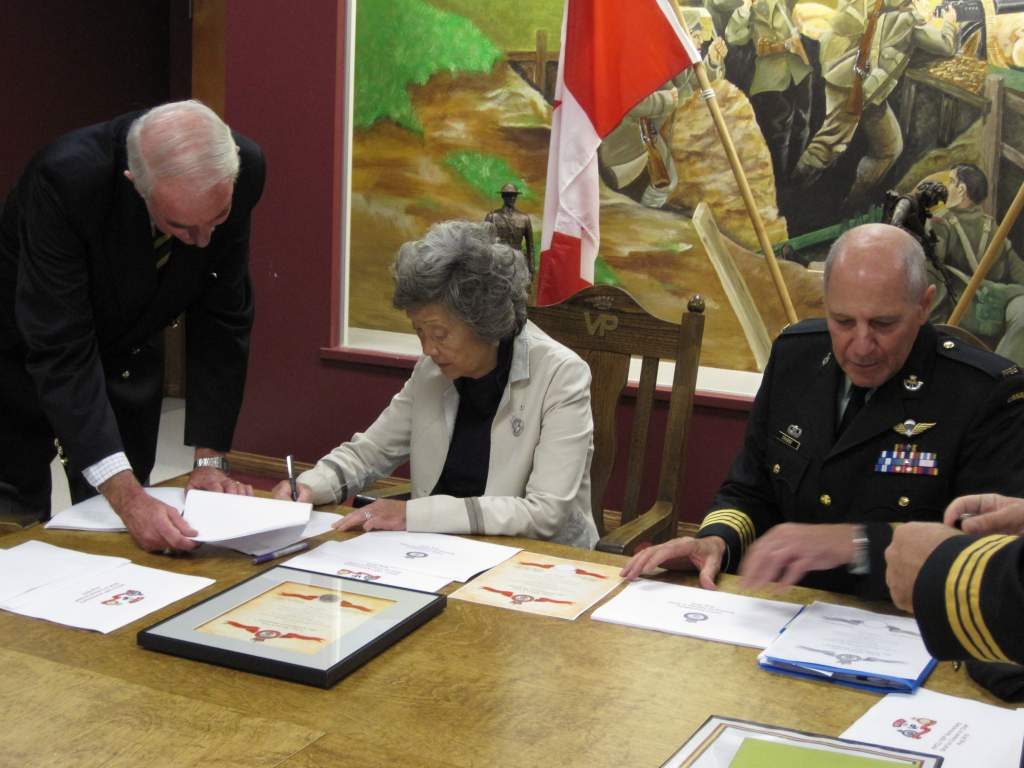 Madame Adrienne Clarkson witnesses the execution of the Foundation's Deed of Trust on 27 August 2010.

The PPCLI Foundation has had a relatively short, but highly successful, existence since its formation in 2010. In four years of operation since receiving our charitable status in 2011 we have raised in excess of $2 million in cash and in-kind. These funds have been judiciously applied to several worthwhile causes.

In setting its priorities the Foundation is guided by a very active membership led by a group of trustees who together have almost accumulated almost three hundred years of service with the Regiment.  Our Patron, the Right Honourable Adrienne Clarkson, our Colonel in Chief takes an active interest in our activities as do our Vice Patrons, the Honorary Colonels of the Army, PPCLI and Loyal Edmonton Regiment, as well as the Lieutenant Governors of our four western provinces.

Our trustees are all active supporters of the Foundation both financially and with their time.  We rely almost exclusively on the voluntary work of our members to raise funds and deliver services.In our initial period, between 2011 and 2014 the PPCLI Foundation raised in excess for $2.1 million nearly $1.8 million in cash and more than $300,000 in-kind) in support of youth education, in support of soldiers, veterans and their families and to enable events and activities in commemoration of 100 years of service by Princess Patricia's Canadian Light Infantry (PPCLI).

These funds were used to: 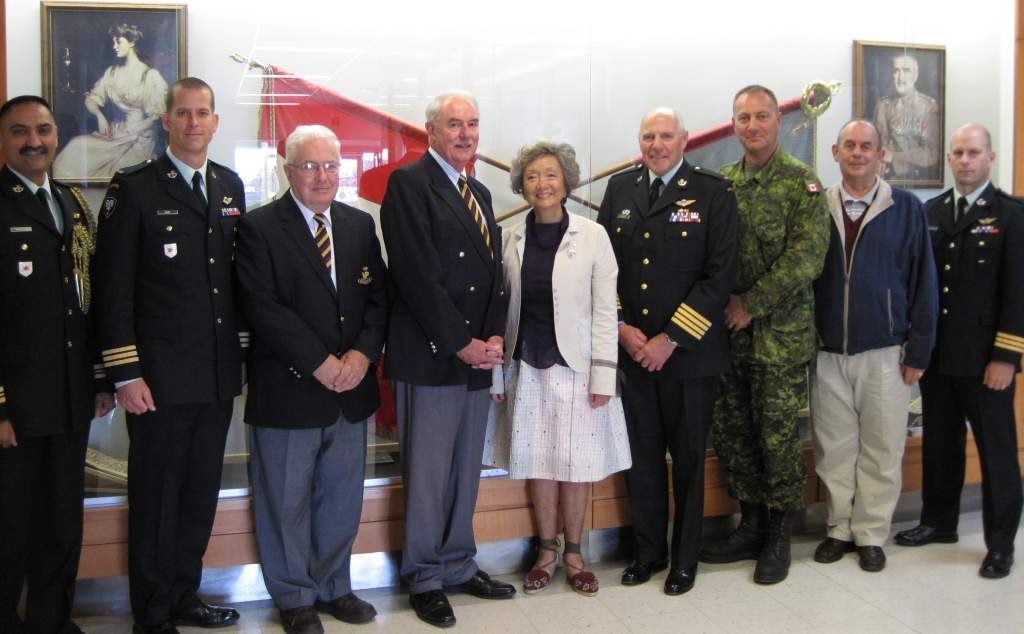 The founding trustees of the Foundation on 27 August 2010 with the Foundation's Patron the Right Honourable Adrienne Clarkson, Colonel-in-Chief PPCLI, and Lieutenant-General (Ret'd) Ray Crabbe, Vice-Patron and Colonel of the Regiment.

“The continued financial contribution of the PPCLI Foundation to the Amputee Coalition of Canada (ACC) supports funding of Canadian amputee research through our Canadian Amputee Research Awards. The generous support of the PPCLI Foundation also directly supports the Canada amputee population through our coast-to-coast network of Peer Visitors and supports those with limb loss learning valuable new skills through our Promoting Amputee Life Skills (PALS) program.”  Marc Tomlinson, President Amputee Coalition of Canada

Enable several events as a part of the Ottawa Commemoration of the 100th Anniversary, 18-21 September 2014, including the dedication of the refurbished monument at Lansdowne Park, a public joint Centennial Parade on Parliament Hill with the Royal 22nd Regiment, and the exercise of the Freedom of the City of Ottawa

Today, our Sustaining the Legacy Campaign is a call to action to sustain that level of support and continue the legacy of of service to Canada. For more than a century, soldiers of Princess Patricia's Canadian Light Infantry (PPCLI) have served Canada and Canadians with distinction. Building on this service the PPCLI Foundation is establishing a For the Soldier Legacy Fund that can sustain our two main priorities at an annual cost of $300,000. For more information about For the Soldier Legacy Fund click here.