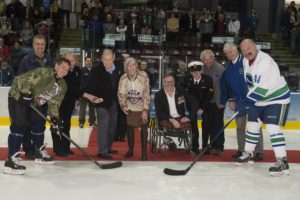 Heroes Hockey Challenge Victoria 2016 was yet another resounding success for a brand that is gaining national attention. Despite the very short notice to launch the event the support of founder Glenn Cumyn, the Navy and local Patricia's delivered an event to be proud of. To understand the impact of these events, it is important to see them a more than just fund raising venture. Although the Foundation saw a net contibution of over $10,000 the substantial community benefits were perhaps even more important. A large group of serving members gathered for the National Old Timers Hockey Championship got the mix with Canucks Alumni. The Warriors team led by the Admiral were able to play an unforgettable game where they were actually leading at the end of the first period. Minor hockey players from sponsored teams not only saw the game but actually scrimaged with their hockey heroes during the intermission. The community at large had an opportunity to hear from people like the Silver Cross Parents of Lt Andrew Nuttal and MCpl (ret'd) Paul Franklin of the Amputee Coalition. Solid media coverage from the Q Radio station raised awareness in the community.

A full after action report can be down loaded here 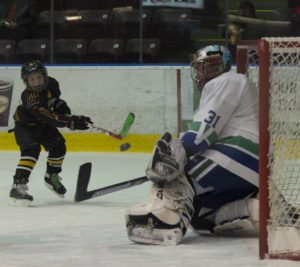 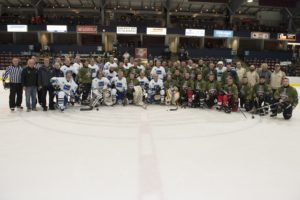 View all posts by: France Bourgeois